Glorious it was on 29th of July 2017 as Seminarian Simon Menya was united with the love of his life Stella in Holy matrimony at the St. Basilios Orthodox Church – Laibi -Gulu Uganda.The ceremony was graced by the presence of His Eminence Metroplitan Jonah of Kampala and all Uganda as the main Celebrant of this memorable union and was welcomed by the parish priest of the St. Basil Church Rev. Fr. George Lakony. 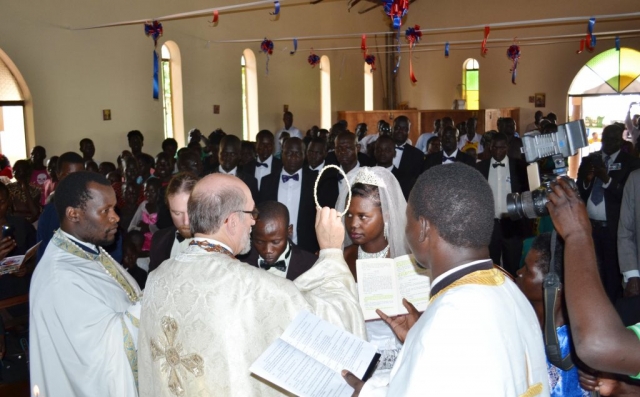 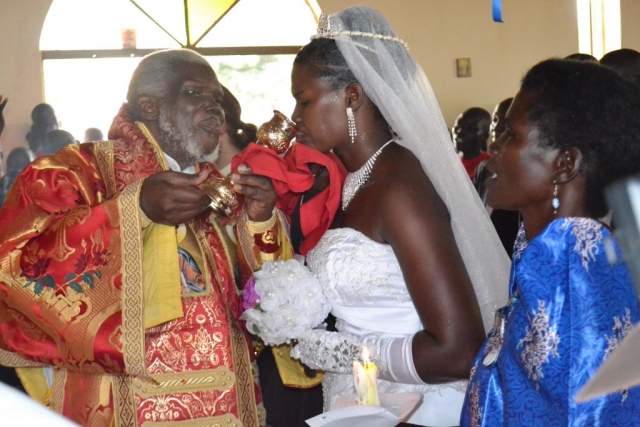 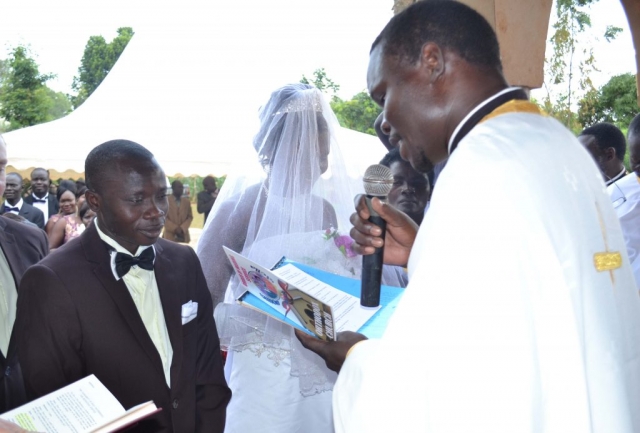 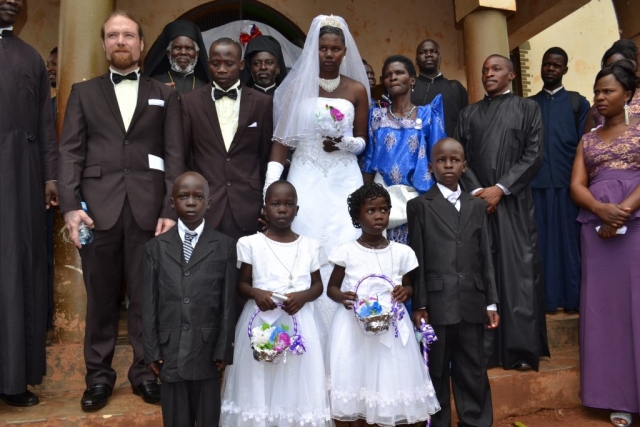 Simon Menya is a 3rd year seminarian at the ST. VLADIMIR’S ORTHODOX THEOLOGICAL SEMINARY in the United states who joined the seminary in 2015 on a scholarship scheme. He has been involved in a number of missionary work activities while at the seminary and his recent being the OCMC (Orthodox Christian Mission Center) mission team that went to Guatemala this year (2017). 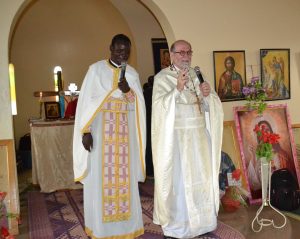 Due to his notifiable participation at the seminary, Simon attracted the love and attention of the President of his college The Very Rev. Dr. Chad Hatfield who found it inevitable to miss Simon’s holy union and attended this function in person. On arrival to Uganda before heading for Gulu, Rev. Dr. Chad Hatfield had a stop at the Orthodox Center Namungoona where he was engaged in a discussion with His Eminence on issues regarding partnership with the St. Vladimir’s Orthodox theological seminary. His Eminence commended the institution for the grate work they do and mostly that evident with Simon.
Along with His Eminence was a team from Kampala headed by the Vicar General Rev. Fr. Paul Mutaasa along with three Archimandrites of the two being Archimandrites of the Holy Metropolis of Kampala, Archim. Constantin Mbonabingi of the Holy Acsension Church in FortProtal and Archim. Silvestros Kisitu currently serving at the Patriarchate of Alexandria. The other distinct Archimandrite was Archim. Efriam Panaousis from Greece who also accompanied the team along with other distinct priests from the Metropolis. 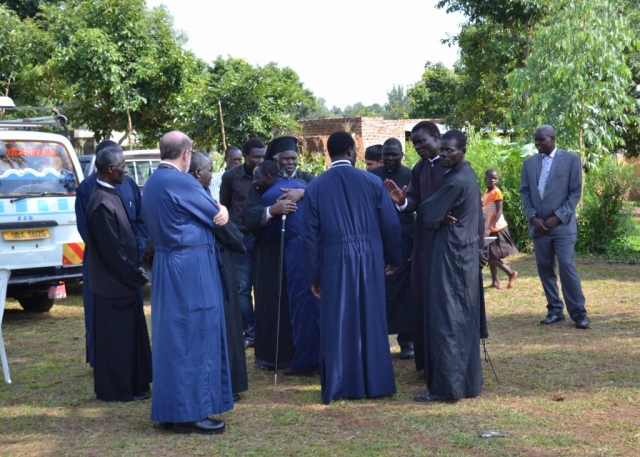 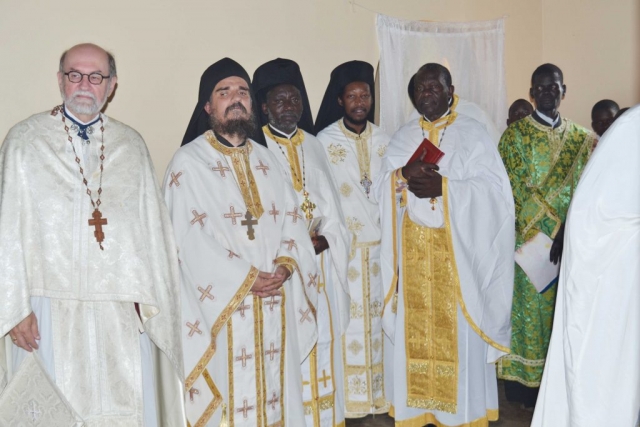 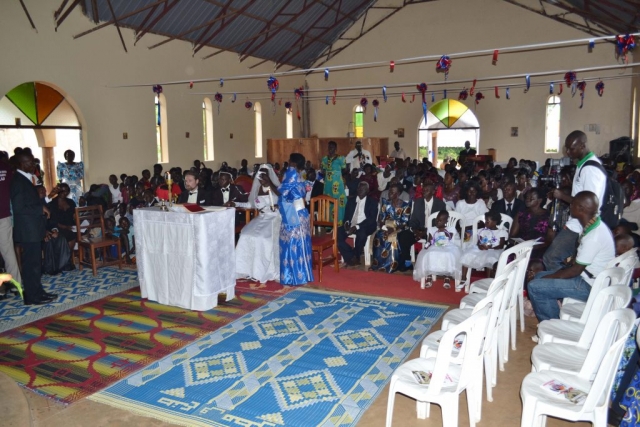 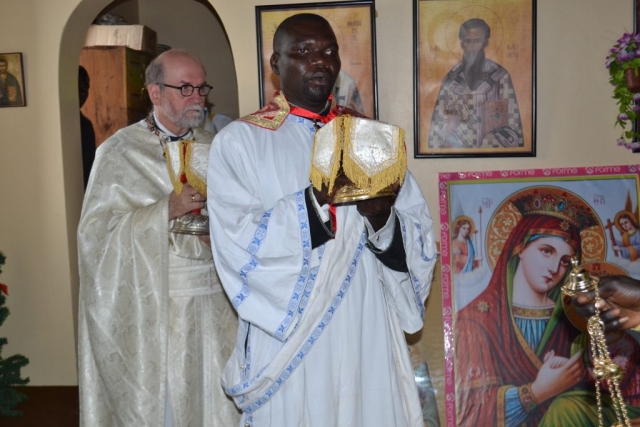 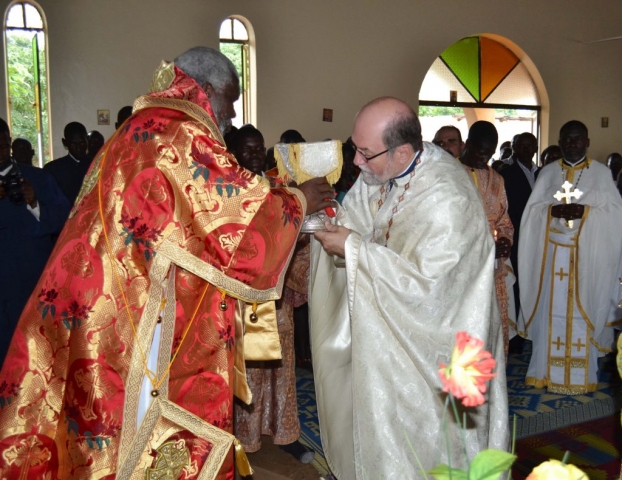 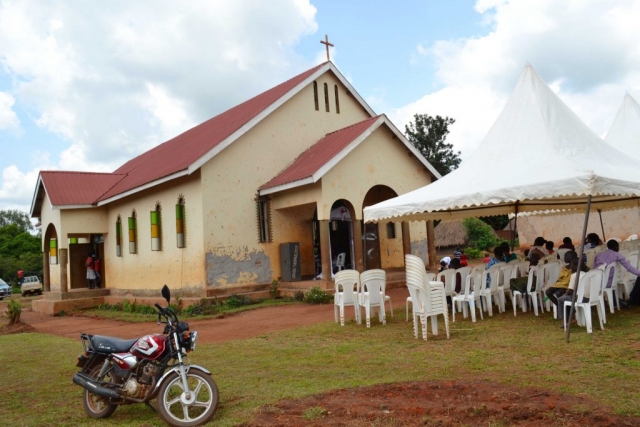 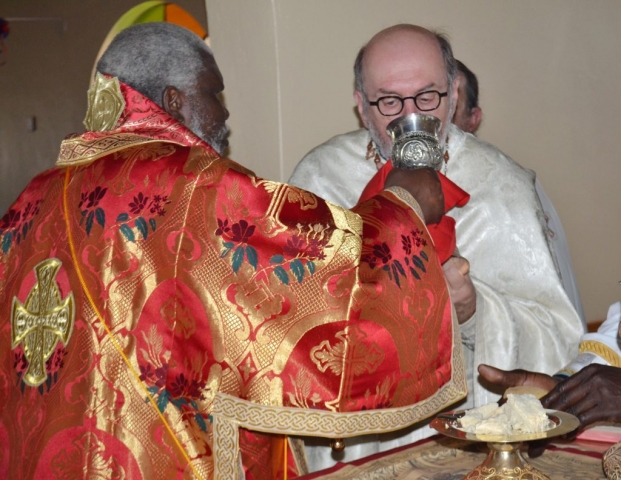 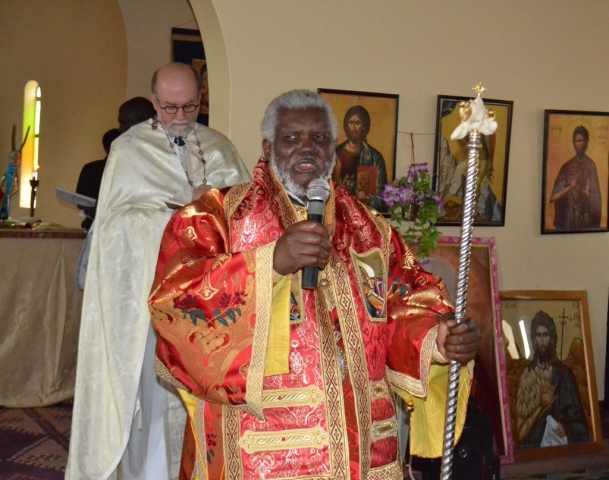